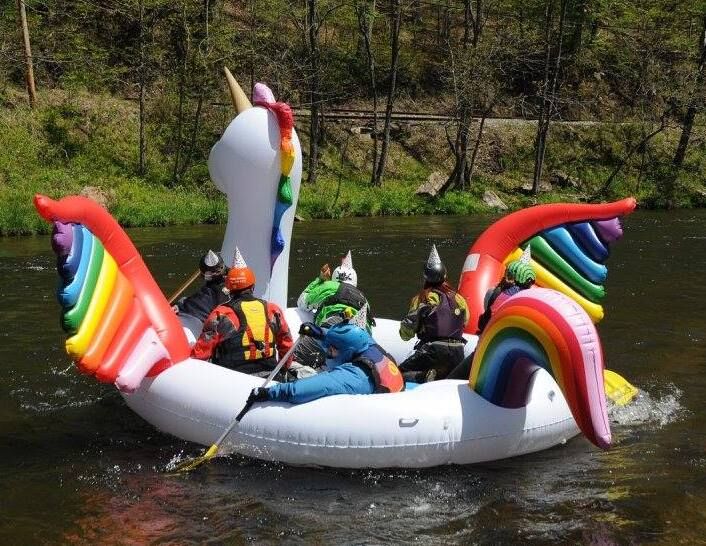 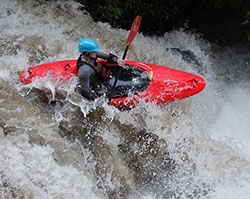 BRYSON CITY — Wacky boating contests, live music and a special class V whitewater release on the Upper Nantahala Cascades is going down on the Nantahala River this weekend, April 24-25.

The annual Nantahala Open is a fun non-competitive event, with paddlers of all levels encouraged to show their stuff while going over the Nantahala Falls. Awards include from best freestyle, best self-rescue, most entertaining move, cutest run and more.

The Nantahala Open is sponsored by Endless River Adventures from 10 a.m.-4 p.m. April 24, with food and live music to follow at the outfitter’s outpost.

The Nantahala Outdoor Center will get in on the action with its annual Spring Fling, including boat demos from 3-6 p.m. Saturday from Equif, Jackson, Pyranha and Dagger, and live music by the river from the Log Noggins Band from 4-7 p.m.

The backdrop for the weekend’s festivities are two special timed releases of Class V whitewater on runs that aren’t normally navigable: a section of the Upper Nantahala known as The Cascades and the Cheoah River in nearby Graham County, with water running from 10 a.m.-4 p.m. Saturday and Sunday.

The weekend is a great spectator event for non paddlers, as well.

ASHEVILLE — Run with the WNC Nature Center in the inaugural Running of the Goats 5k and Nature Walk at 7:30 a.m Sunday, April 25.

BREVARD — Test your cycling mettle with The Looking Glass Tour on Saturday, May 1, billed as the ultimate cycling sampler of WNC’s diverse terrain.

WAYNESVILLE — The inaugural Tot Trot 5K will be held Saturday morning, April 24, along the greenway and track at the Waynesville Rec Park.

WAYNESVILLE — A new mountain biking club for youth in grades 8-12 is forming in Haywood County.